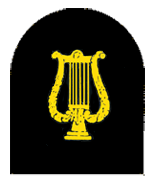 There is evidence of the existence of an appentices band 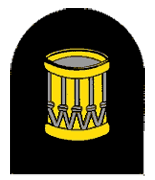 as early as 1932 when artificer training was still based in Chatham, HMS Fisgard's volunteer band was set up in the early 1940s when training moved to Torpoint.

The band in its 1980s form was led by the bandmaster Mr Brian Oates, a former Royal Marines warrant officer who had held the post since 1977. The advantages of joining the band for a young apprentice were, of course, the opportunity to learn a musical instrument; but also its "blue card" status that rendered holders exempt from other establishment duties.

During our time at Fisgard, band membership consisted of around 30 apprentices, their numbers being augmented by one or two officer and senior rate instructors and ships company junior rates.

A full history of Fisgard's volunteer band can be found in the 1983 edition of Fisgard Magazine. Read it here.